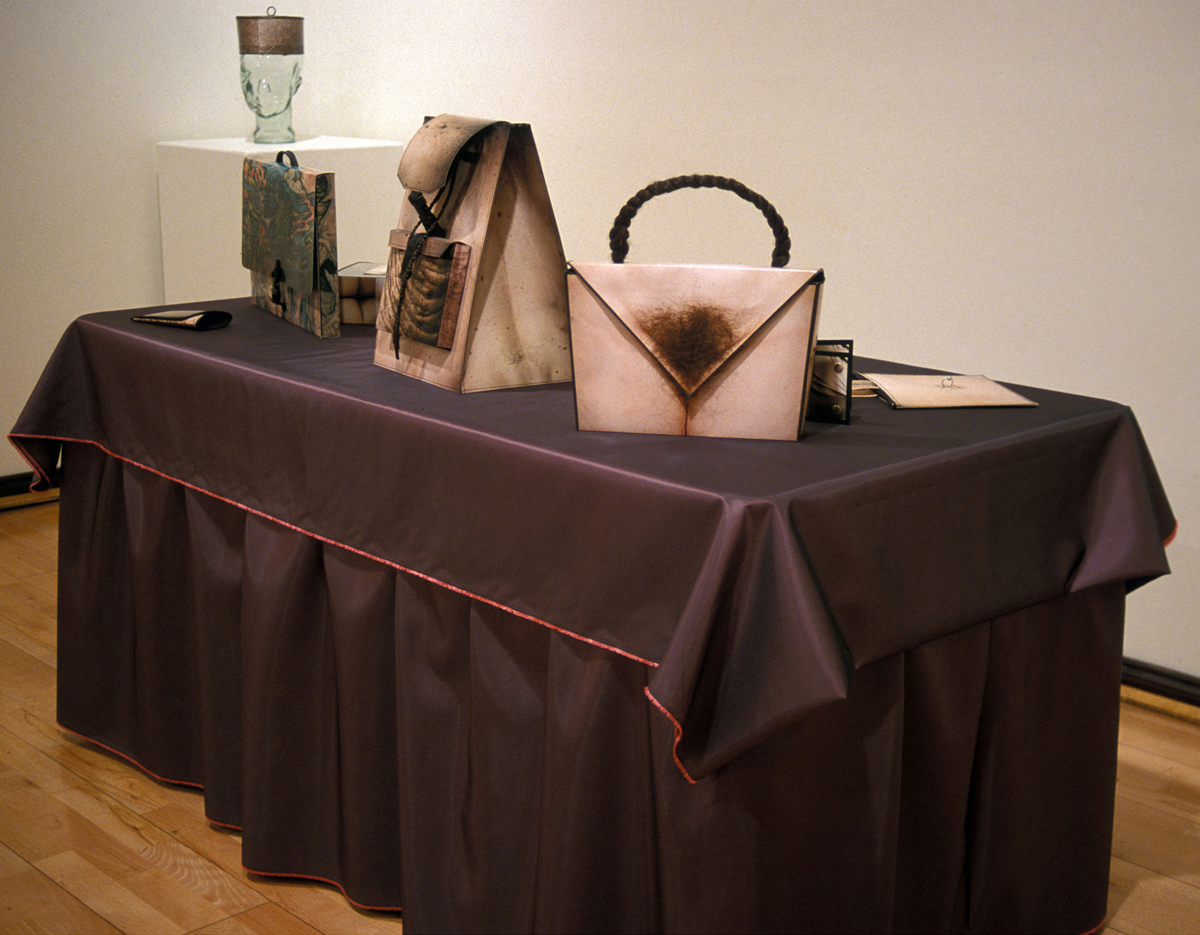 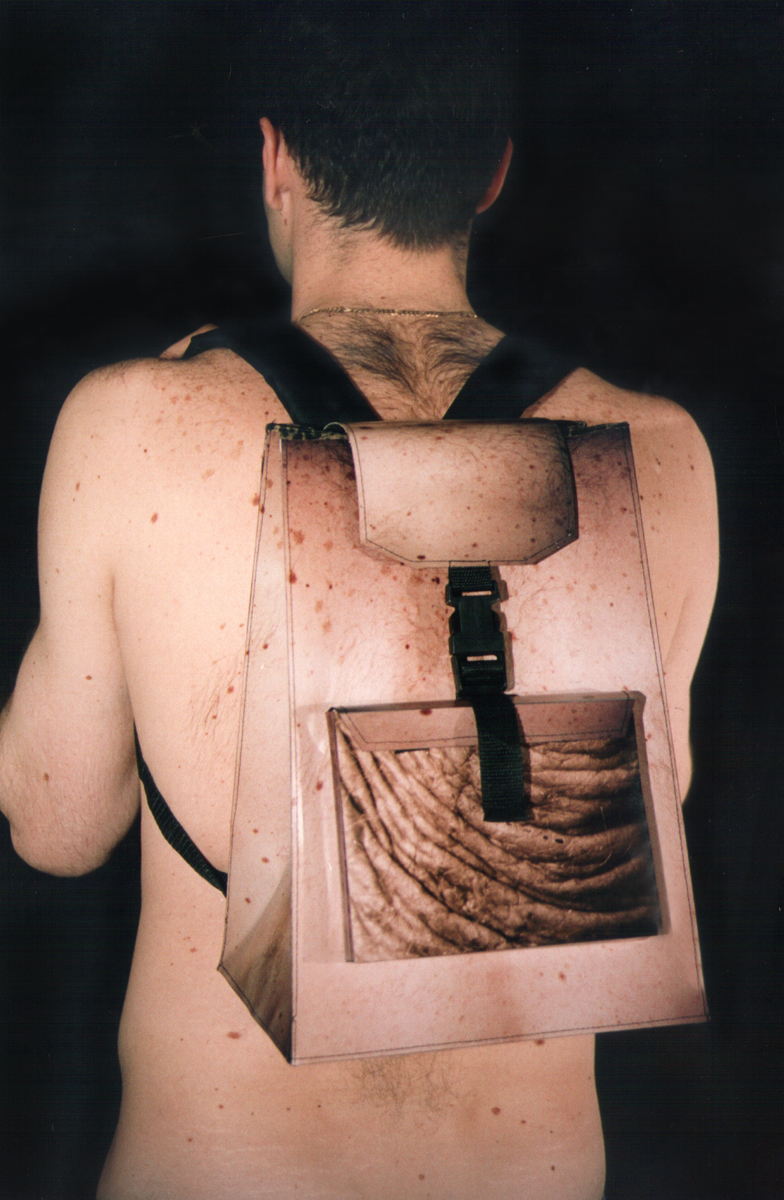 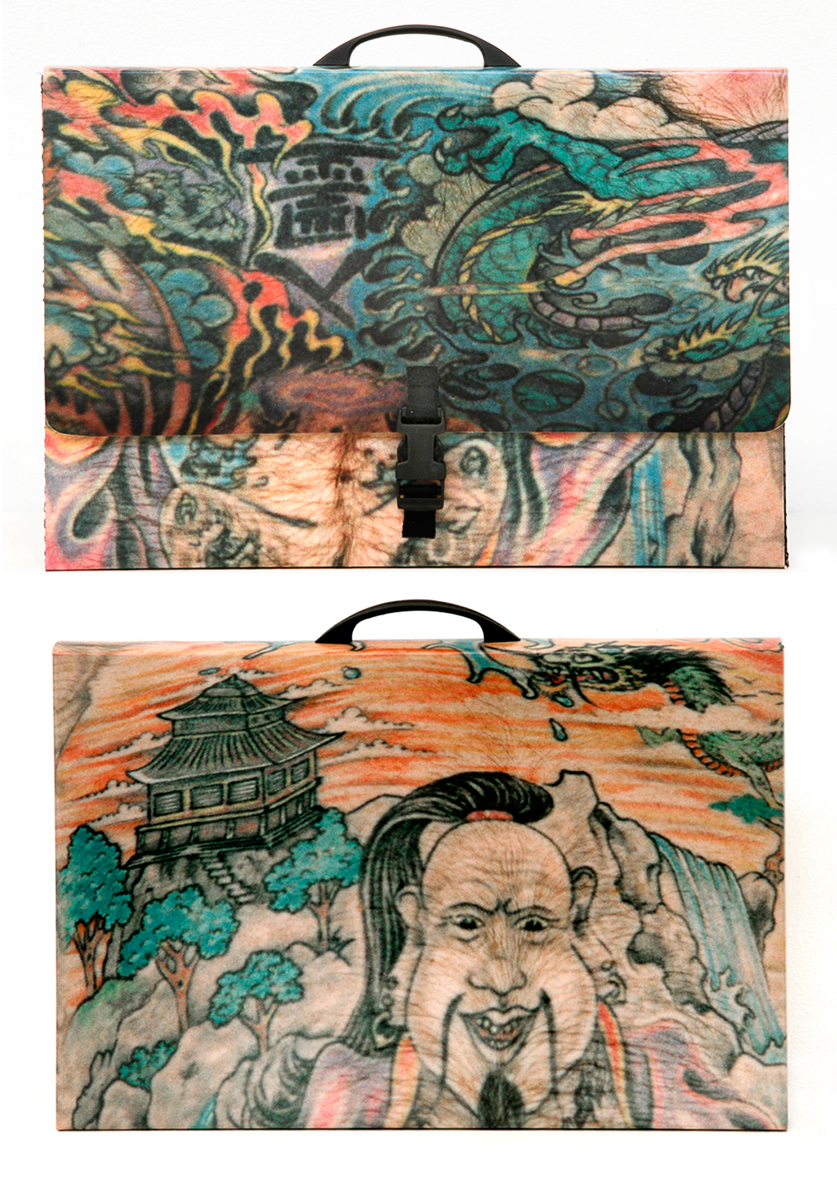 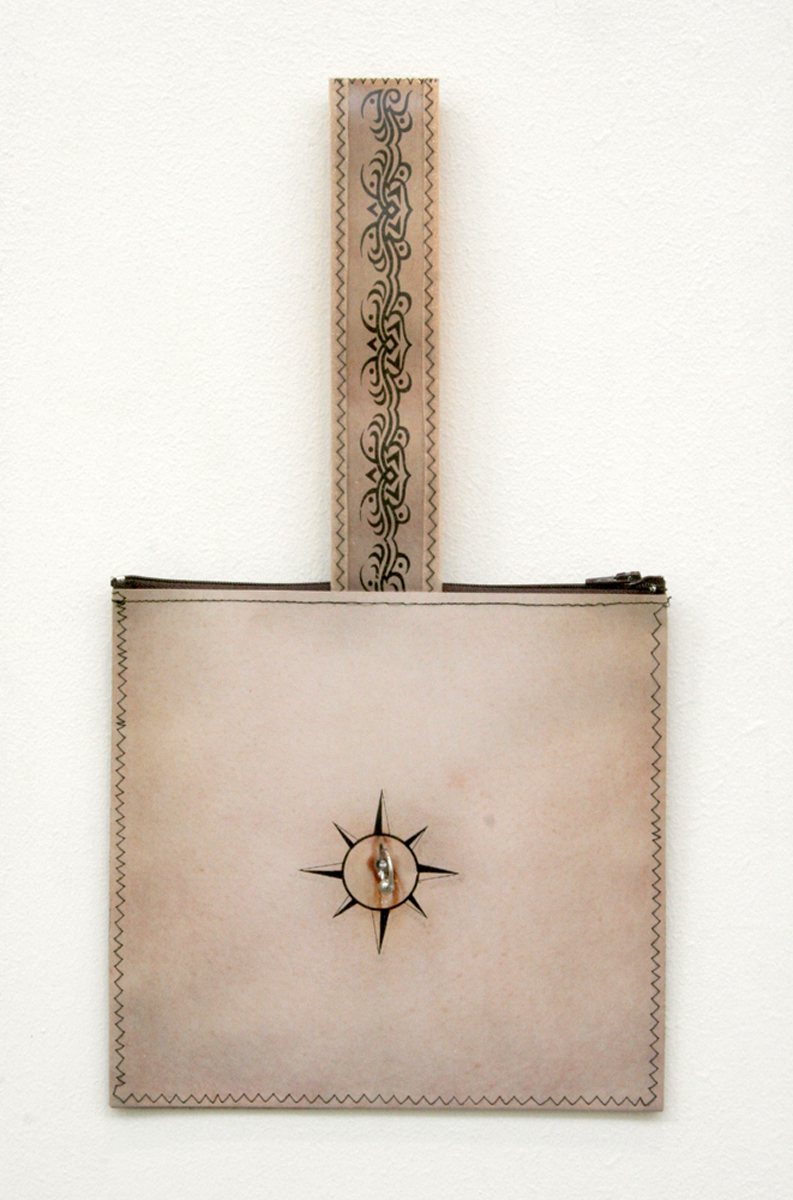 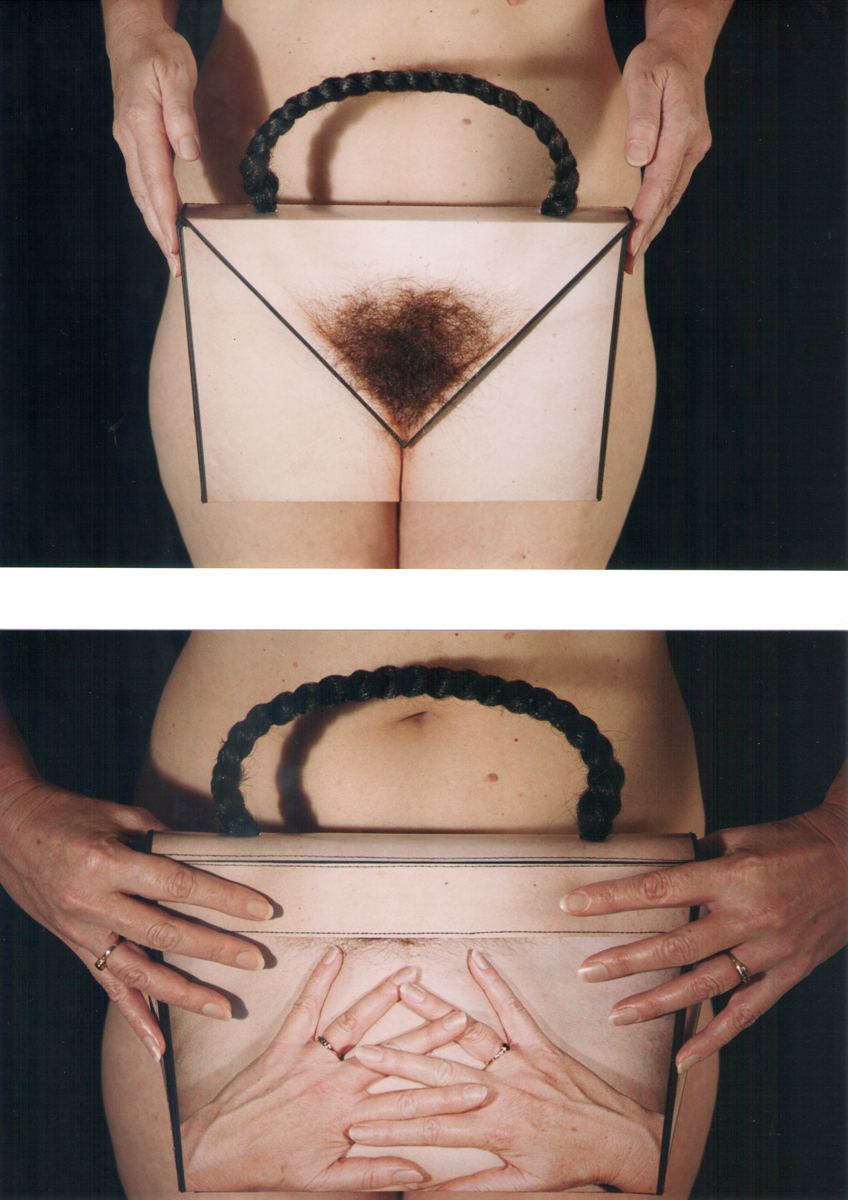 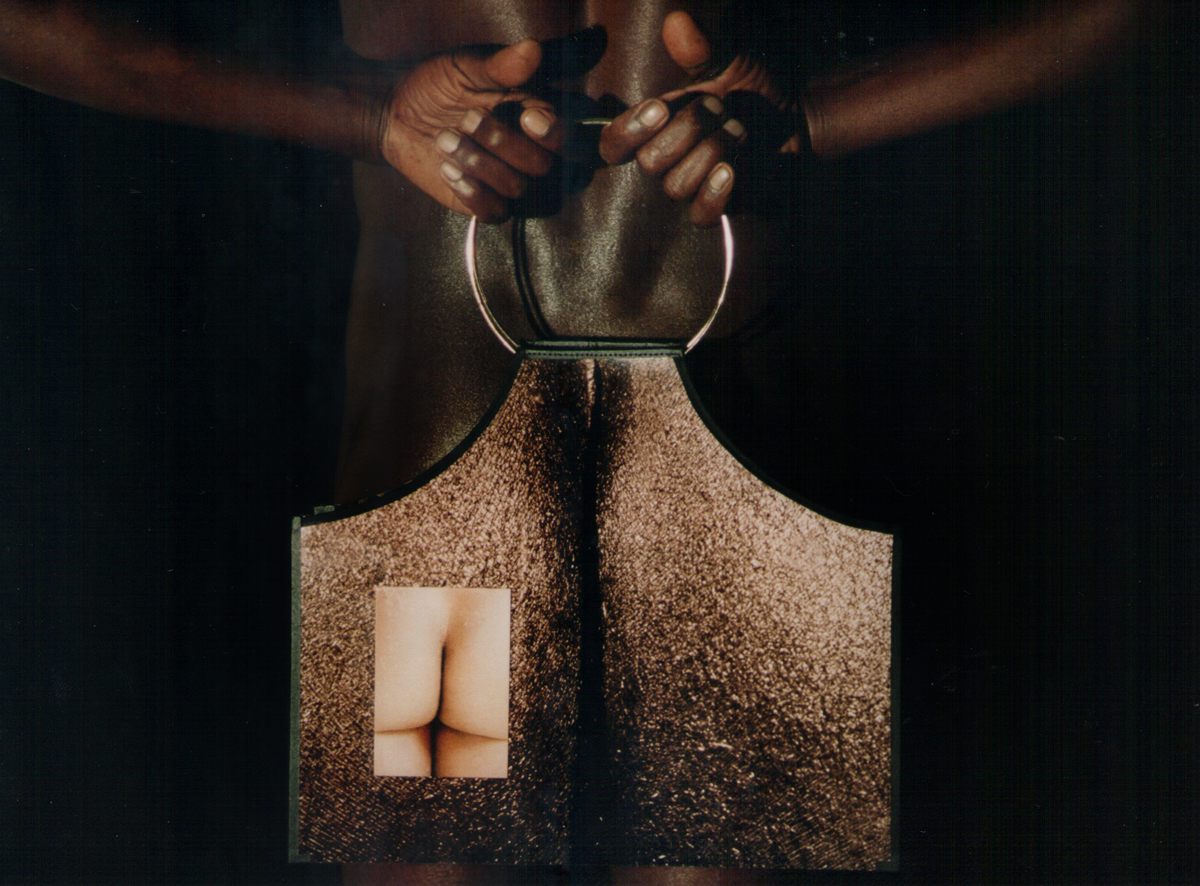 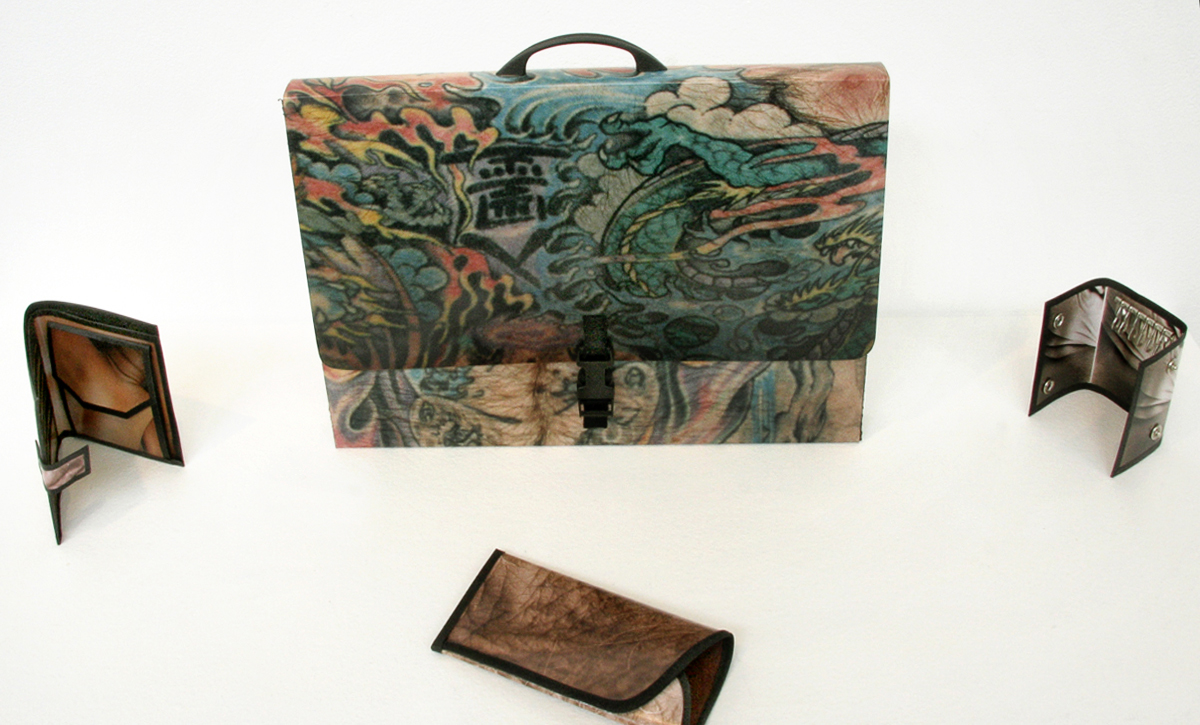 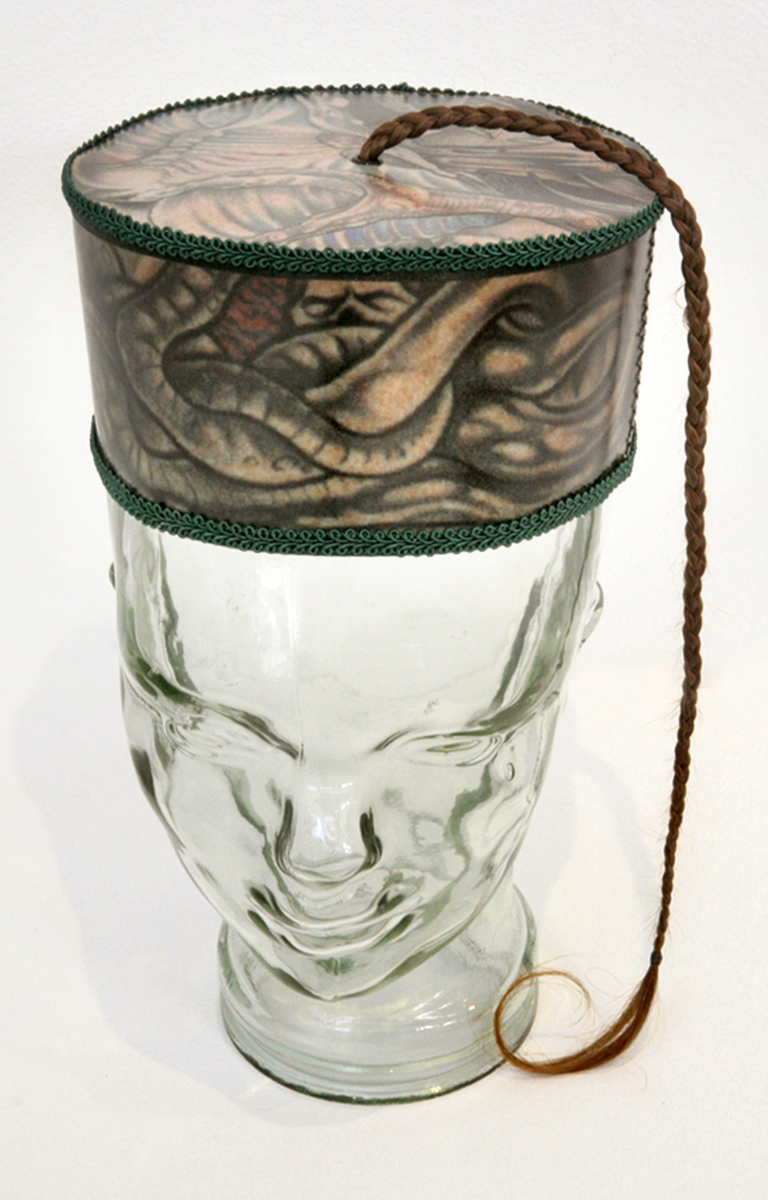 Skin is universal. Every living organism has skin in common. Humans, especially in western society, are more obsessed than ever with routines of skin maintenance, spending excessive amounts of money cleansing, hydrating and rejuvenating in the quest for eternal youth. We all shed skin daily and approximately 90% of household dust is made up of tiny flakes of human skin. People’s lives and destinies can still be determined by the colour of their skin.

Humans skin animals and make their skins into items of clothing and objects of accessory and adornment. The language used to describe many of these objects is full of wordplay – backpack, handbag, bum-bag, briefcase… In describing the art of paper-craft, we talk about folds, layers, creases, nips ‘n’ tucks; these same words are also part of the cosmetic surgeon’s vocabulary.

Tattooing has been practised by many cultures and has developed a long and continuing tradition. The Japanese, in particular, have developed the art of body flaying, where tattooed human skins are removed in one complete piece in order to preserve the tattoo art. This practice is seen as taboo in many cultures. Once a powerful feature of more traditional cultures, skin art and adornment has become a dominant and lucrative practice, co-opted into mainstream fashion the world over.

This ‘fashion’ range Bare Essentials was individually crafted, hand-finished and tastefully designed to make your skin crawl! It is a continuation of my interest in the human body as a commodity that has been commercialised and fetishised.